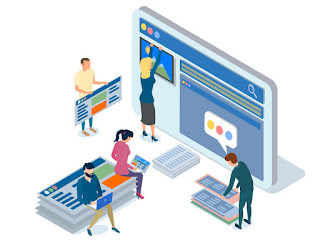 We love content. A challenge faced by more and more of us each day involves how to best sort through and consume the immense amount of digital content delivered to us everyday through our favourite content providers. There is a lot to sift through across a virtually unlimited range of topics. In fact, one could argue that content is limited in practice only by the imagination of content providers and the demand generated by content consumers.

Content in the IT world is tricky. Just defining what content is can be a tough philosophical exercise, and in the digital sphere is simply defined as any media that exists in the form of digital data. Digital Media has seen radical transformations through the years and continues to do so with the likes of YouTube, Facebook, and more recently Netflix revolutionizing how end-users get to access, consume, and enjoy their content while also creating demands for new content types. However, the methods of organizing, editing, and delivering content have not seen radical changes since the introduction of the Content Management System in its most basic form in 1995 by FileNet.

The evolution of the CMS has been relatively stagnant when looking at the bigger IT picture. Large and tightly coupled (monolithic) applications have certainly given way to more modern and decoupled, Service Oriented, and API focused architecture and programming methodologies, similar to other verticals within the IT world. A headless and “API-First” CMS has the potential to revolutionize the CMS sphere in theory, but it has not been as effective in practice due to the arguably larger and longer-term technical investment that needs to be made by the organizations harnessing them.

Until now, the introduction of the Headless and API-first CMS has just meant in practice that organizations do not have to switch out entire Content Management Systems when only a small part of them has become redundant. This is usually due to new technological frameworks that bring with them an undefined number of perceived improvements to the web browsing environment. Organizations adopting these headless Content Management Systems can now run a relatively small development project to update parts of their systems when needed. It can also considerably lengthen the active lifetime of their system, enhancing the value proposition of the CMS.

The new and improved

There is now an application of the Headless CMS concept that really does introduce a radical change to the CMS world. And as it so often happens, this radical change is brought by a fresh combination of old and new technological concepts. By combining API centred logic around a conceptual categorization of web design systems and tools, one is left with a CMS that greatly expands the previously impenetrable idea of how digital content can be managed.

Web design now encompasses much more than websites as they primarily have done and has since become the backbone to IT development across all sorts of applications; ERP, Mobiles, Backend interfaces and everything in between that utilizes the flexibility of web-based design & components. Yet, the concept of web content has barely changed at all – web content has consistently remained focused on the articles, images, and media files we wish to present.

If one were to expand the definition of web content to include the components and tools that facilitate how we find and consume our media, they would find themselves managing much more than “just content”. In fact, they would be creating and editing the “content” of entire front-end frameworks – as well as managing the nodes (i.e. APIs) that connect them to the business logic - as easily as they build static informative websites on a traditional CMS such as WordPress or Wix.

The impact will be so great on the CMS industry that a change of name will be in order. Some companies have proposed Front-end Management System as the de facto moniker, but this term arguably does not convey the full breadth of the capabilities of such a system either.

If this sounds too revolutionary to be true, contact ESKADENIA Software to get a demonstration of a CMS taken to this future vision, ESKA DCMS.