How are Human Resources personnel coping with the Coronavirus situation? 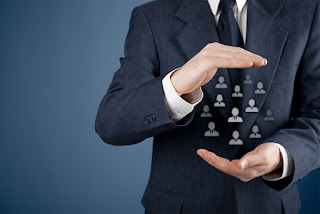 Back in January, when the true magnitude of the coronavirus pandemic was still unclear, HR managers were merely concerned about how to protect staff as they came to the office or attended corporate events.  But as weeks unfolded, they found themselves racing against time to plan and implement a swift work-from-home transition to keep the flow of work from falling apart. So how have been the HR teams coping with the urgency of this whole situation?

The rapid unfolding of events has revealed that companies around the world are facing a challenge in adaptability unlike any other they faced before, and hardly anyone could have accounted for it at an early stage.
One major aspect of this challenge was about how to quickly and successfully move toward a work-from-home model in a very short period of time. Interestingly enough, this challenge stands even clearer for companies that were not even very friendly to the idea of working from home, to begin with. And it was met with largely similar procedures across companies, albeit with varying circumstances. Let’s have a look two notable cases, IBM and Amazon.

“My chief medical officer and I reviewed the precautions from the experts about how to screen people who were going to these events and why there needed to be a no-handshake policy”, said Diane Gherson, CHRO at IBM, to the CNBC channel.  According to Gherson, this procedure isn’t quite unusual. As weeks passed, however, the situation appeared to be more complicated than that. It entailed her to conduct a daily hour-long meeting with her team in which “[she reviews] the concerns and challenges of managers and employees and plans the support and resilience offerings IBM is making available to all 350,000 of its global employees.” And it was at that point that she planned and lead the tech giant’s work-from-home transition.

At Amazon, the world’s largest online retailer, the challenge was even more complex. Being heavily dependent on manpower to operate its massive warehouses, Amazon faced a serious challenge in how to protect its warehouses’ staff against the virus. Ironically, these workers have been mostly packaging and dispatching hygiene and sanitation products to customers all-the-while not having sufficient access to these essential materials themselves.

As it appears, this challenge has had a multi-faceted impact on the retail giant. Due to the shift toward online shopping, Amazon announced it had achieved revenues of some $75.4 billion in the first three months of the year, a 26% rise in sales compared to same time last year. This rise in revenues naturally meant a rise in demand, thus leading Amazon to open 100,000 new roles to support people relying on its services amidst this stressful time.

On another note, however, Amazon directed its staff around the world to work from home if their job responsibilities allowed them to. This comes at the same time as the retail giant faces growing issues maintaining its relationship with a large spectrum of its workforce who cannot simply take their work home.

This global situation has clearly extended the already long list of responsibilities ahead of Human Resources managers. Their duties may now also include: 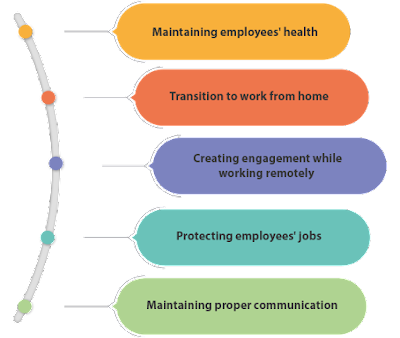 Other responsibilities include cost reduction, dealing with uncertainty, and the list goes on. Interestingly, HR duties now include even caring for their employees’ mental health as they endure long periods spent in isolation due to the lockdown.

Preparing for the “new normal”

With all that in consideration, it’s evident that a new reality is emerging. Thus, the idea of “returning to normal is normal” is certainly not synonymous with returning to how things used to be before COVID-19. In other words, it is time to anticipate and account for the “new normal” in which uncertainty is higher than ever before.

In this “new normal”, the idea of working remotely is no longer a thing of unneeded luxury as many businesses once perceived it. That’s why IBM placed “empowering a remote workforce” at the top of the list in a special action guide they created for coping with the COVID-19 situation. This extensive action guide comprises 7 main imperatives to prepare for a different normal in which we have to account for “new habits—organizational, social and cultural”. The other six imperatives IBM stated were no less important, as they included: