Education in the time of Corona: What lessons can we learn? 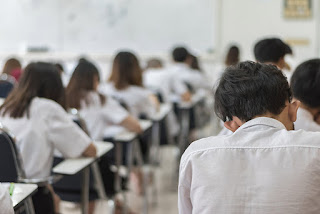 If you had the impression that the title of this article faintly resonates with that of the famous Gabriel García Márquez novel “Love in the Time of Cholera”, then you are correct. After all, the dramatic impact that the coronavirus pandemic had brought on the world in virtually all facets of life is nothing short of a drama itself.

But one particular aspect that was especially affected by the coronavirus pandemic is education. According to UNESCO estimates, as of March 2020, over 90 percent of the world’s students were already forced to stay home. And that was only two months after coronavirus had spread in China. So, what does this all mean for the future of education as we know it?

The coronavirus debacle had certainly placed distance (or remote) learning to a sudden and serious test. Instead of being a thing of luxury that extends or supports traditional “in-class” schooling, it had to take place as the one and only means of schooling; and it had to do so in a matter of weeks, days even!

But there is more to this challenge than that. As many parents were also forced to work from home, they were faced with the challenge to juggle between their job responsibilities and looking after their kids’ studies.

Another issue was that many underprivileged kids did not even have computers nor Internet access to begin with. In the UK alone, it was reported that at least 700,000 children do not have computers or Internet access, and are therefore unable to complete their homework. This indeed poses a serious fundamental challenge to remote schooling which required the UK government to come up with a solution for. What is more, however, is that it also shed light on the differences in learning opportunities between wealthy students and their less financially capable peers.

This failure of distance schooling to replace its traditional counterpart brings us to a serious question: How far can we go in sacrificing a little bit of distancing, that is needed in order to slow down the spread of the virus, in return for saving what’s left of the academic year?

Is there a way to balance between sending our students back to their classrooms and keeping them safe and distanced enough to protect them against the hazard of the disease?

In some countries, particularly in Germany, Austria, and Denmark, an optimistic yet cautious back-to-school was carried out. Starting back in April and early May, they did not witness a significant increase in new cases after taking that step. This left experts with an optimistic yet heedful feeling, according to the US news site, Politico.

In Denmark, where children first started going back to school in mid-April, more than 200 cases a day were reported. As of June 8, however, the number went down to as low as 14 cases a day, therefore suggesting no effect of schools reopening on the spread of coronavirus in the country.

Similarly in Austria, back-to-school plans were carried out slowly and carefully by the beginning of May. Eva Schernhammer, Professor of Epidemiology at the Medical University of Vienna, stated to Politico that “in every step, there was monitoring to make sure that the number of newly infected cases wasn't going up and that there were no adverse effects with the reopenings”. As of June, the numbers still fluctuated between 2 and 66 new daily cases.

What does this mean for the future?

It is probably still rather early to draw a clear picture of the future of schools after coronavirus, as the pandemic is still present and a risk of a potential second wave of the virus is still imminent, according to some news sources. We can and should, however, think of how to empower our traditional schooling systems to cope and adapt with a “new normal” where risk and uncertainty are becoming more or less a theme of life.

Can we replace traditional schooling altogether?

Almost certainly not! And this answer has been demonstrated perfectly within the past several months where a complete switch to distance learning was a mandatory step. There’s no question that direct, face-to-face, student-teacher interaction is an irreplaceable cornerstone in a healthy and effective educational process.

And what about distance schooling?

Still, however, this does not necessarily mean that distance schooling should be abolished altogether. While it certainly cannot completely replace in-class schooling, it can still greatly support it by extending its reach, thus giving it a good sense of flexibility to cope with the changing needs of an uncertain world.

Blended learning is the way to go!

The term “blended learning” has been gaining increasing popularity in the past few years (more on this here and here). To put it simply, it’s all about combining the traditional ways of teaching with a touch of technology such as digital media(video, audio, etc.), smartboards, and… (yup! you guessed it)… distance learning. And given the evolving needs of our current day and age, perhaps now is the time to come up with innovative solutions to preserve the value and effectiveness of our traditional in-class schooling systems while empowering them with the ability to adapt and go beyond the physical boundaries of the class.